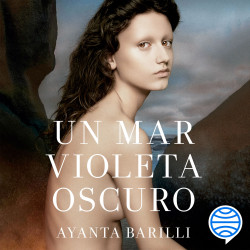 When Ayanta buries her grandmother and is not even able to remember the name of her great-grandfather, whom she has always known as Beelzebub, she understands that there are many things about her family that she does not know. And to know them she has to search deeply in her memories, in everything that they have hidden from her, to seek the truth among so many pious lies, among so many family fables that have contaminated her memories.

It turns out that Ayanta comes from a long line of storytellers. Starting with her grandmother Angela, who created for her a bizarre world where reality became a fantastic story and fiction was part of everyday life. The death of her grandmother sums to Ayanta in a desolation that refers to the one she felt after the death of her mother. Months later she finds the novel that her grandmother had left written and that Angela had always considered one more of her fantasies. But when she begins to investigate between the stories of her relatives, she understands that what is told in those pages is much more real than the world of daydreams in which they wrapped their childhood. Nobody before had understood that in that self-published novel, Angela told the truth that she had never been able to express in words. But it was a truth that not everyone was willing to believe.

To discover what is hidden behind the silence of her family, Ayanta travels to the places where her grandmother grew up: Padua and Parma. Unearthing the hidden skeletons of her family, she may finally get to know herself and be able to forgive herself. This is the beginning of something that will become an emotional search, an encounter with the past, with what has never been said, with all the family silences and domestic demons that, out of fear, shame and laziness, had never come before.

This is the story of four women from the same family. It could be said that it is the history of women throughout the twentieth century: from the dark times of the beginning of the century, the repression, the silences, the underground rebellion, the explosion of the seventies, free love (or not so free) and the desire to escape, to fly.