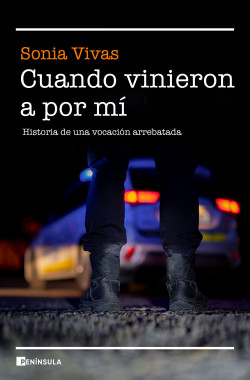 When They Came For Me

The story of a vocation taken away.

Upon opening the first email on my screen I saw a link to a news story. I clicked on it. The page appeared and in the middle of it, in giant size, was a photograph of me crowned with a headline that read: “Policewoman beats detainee in prison cell”. There I was, under that headline, which publicly accused me of torturing someone.

When she joined the Local Police of Palma as one of the first women police officers in Spain, Sonia Vivas observed a multitude of irregularities that led her to report a political-police corruption scheme, known as the Cursach case. The accused, police officers, politicians and businessmen, were charged with crimes having to do with sexual exploitation, drug trafficking, crimes against public health, bribery, threats and membership in a criminal organization. By opening up this cesspit, Sonia automatically became the target of a plot that tried by all means possible to ruin her life and remove her from public service.

Written with the pace and tension of a detective novel, When They Came for Me are the memoirs of a girl from a poor neighborhood who always wanted to be a policeman and who, after realizing her dream, becomes involved in a plot that almost ruins her life. But it is also the story of someone who understands the struggle for justice as a long-distance race and vindicates the need to renew an institution lagging decades behind the country’s social advances in order to restore to it the dignity it deserves.

Highlights When They Came For Me

The woman who uncovered the biggest case of police corruption in Spain. A real life riot policewoman.